Contact Us
This traditional weatherboard home Govenor's Bay is on a large section with beautiful views over Lyttelton Harbour. Being one of the earlier bungalows in Christchurch, the accommodation was limited with 2 bedrooms downstairs and a small box room upstairs which was largely unused and furnished as a single guest room. The owners decided that in order to stay they would need to extend their home to better suit the needs of themselves and their 2 young children. 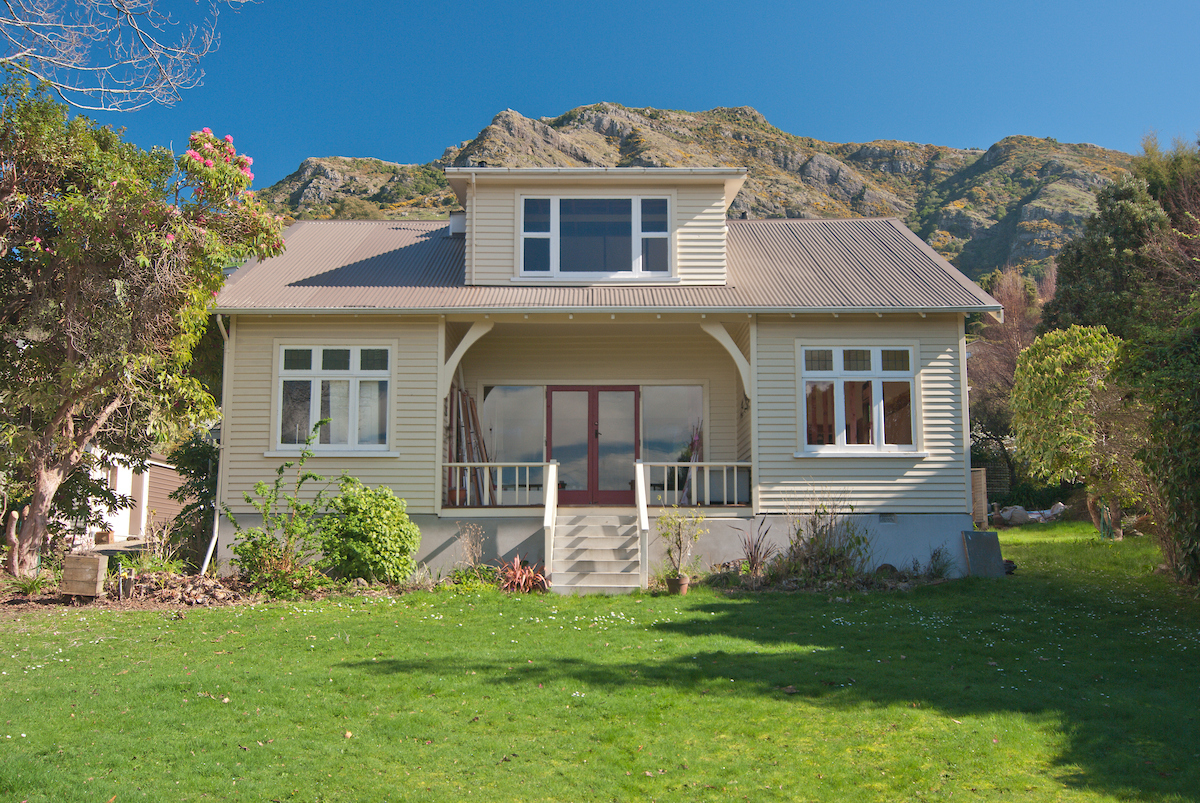 Before: The original bungalow had one small box room upstairs
Their plan was to create additional space by creating a larger second storey level whilst seamlessly blending it to the style of the original house and retaining the traditional character. They engaged the team at Smith & Sons Christchurch Port Hills to follow their architect's designs and to construct a second storey which included a new master bedroom with ensuite, a small office, 2 kids bedrooms and a family bathroom.
Once the plans and consents were finalised, the first task for the team at Smith & Sons Christchurch Port Hills was to put a wrap on the whole building to enclose it from the elements whilst the roof was removed and the second storey was built. The clients decided to stay in the house and lived downstairs during the renovation works so it was imperative that the existing home remained dry.
Before another level could be added to the house strengthening work was carried out to support a new second storey. A horizontal steel beam was installed to carry the load of the new floor which was then constructed to fly over the existing downstairs ceiling. Once the new roof was built, the stairs were married in and the internal walls of the new upstairs rooms were then built. 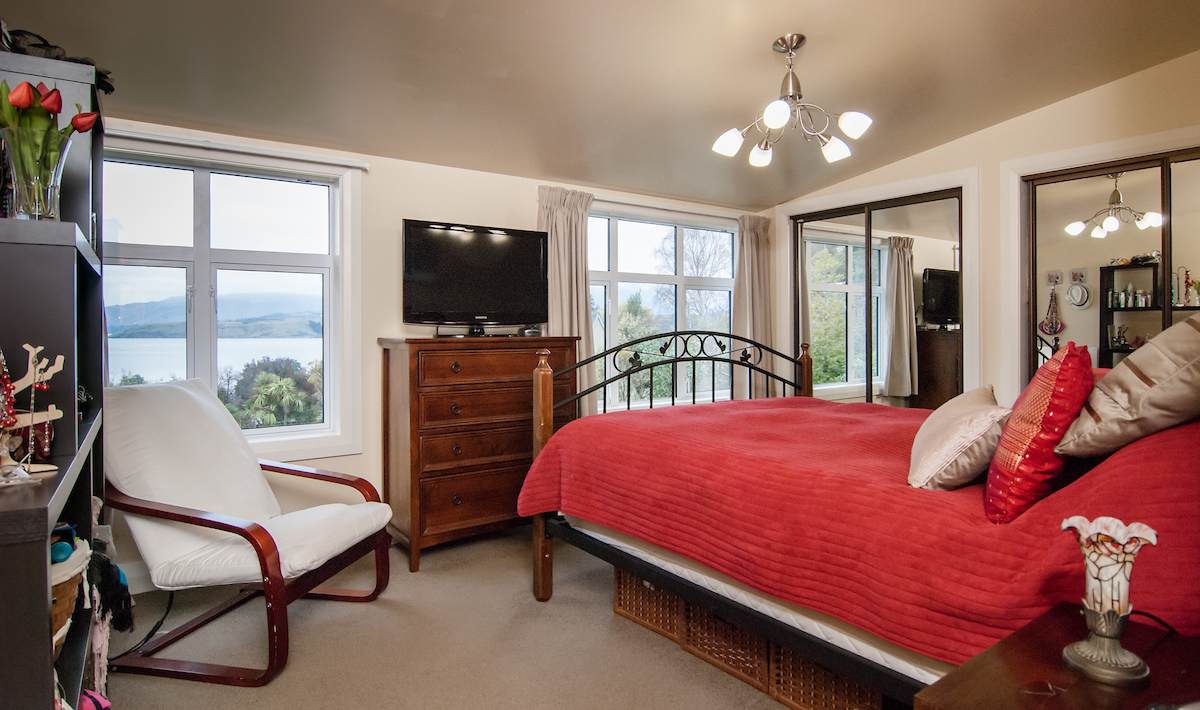 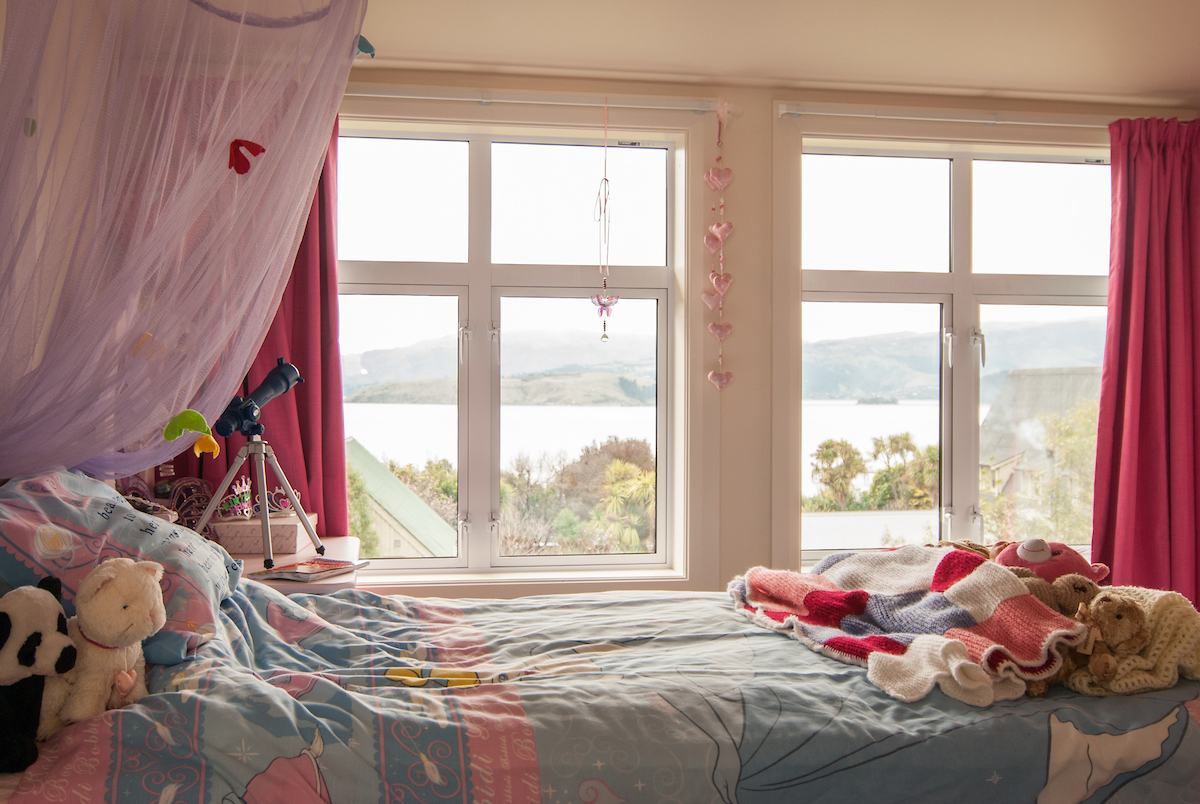 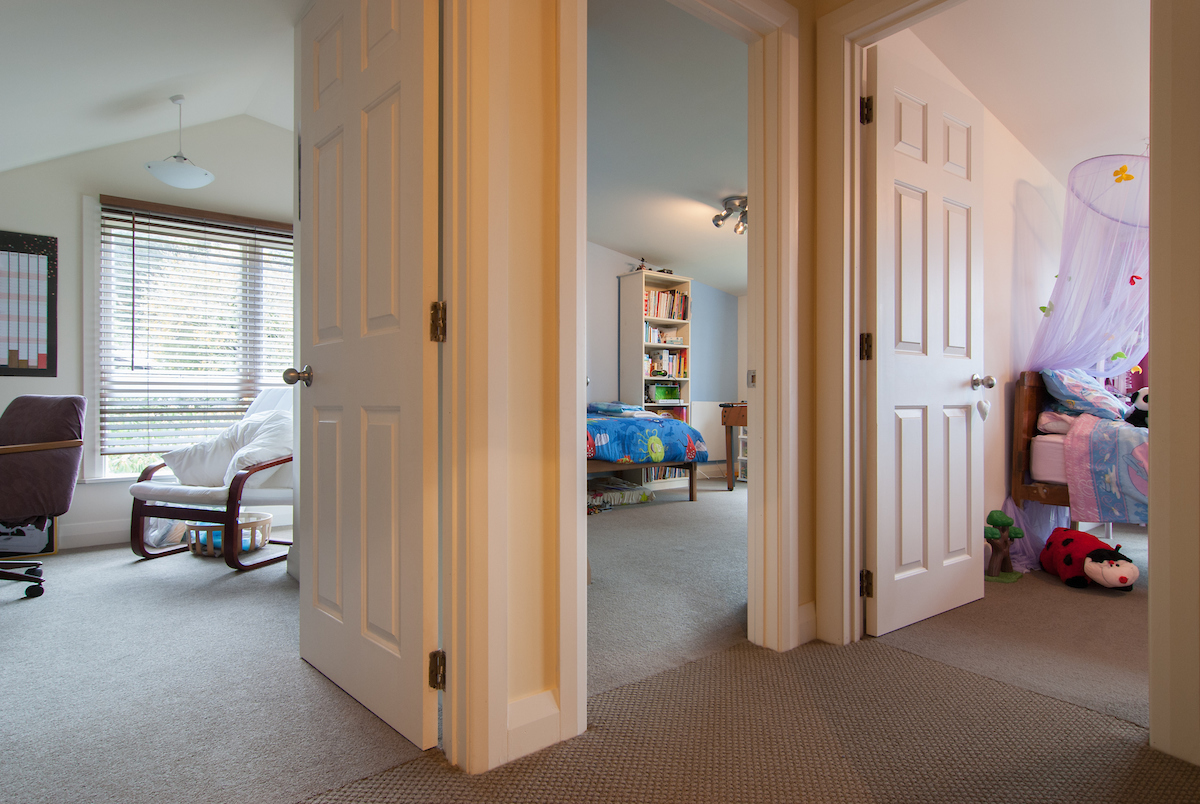 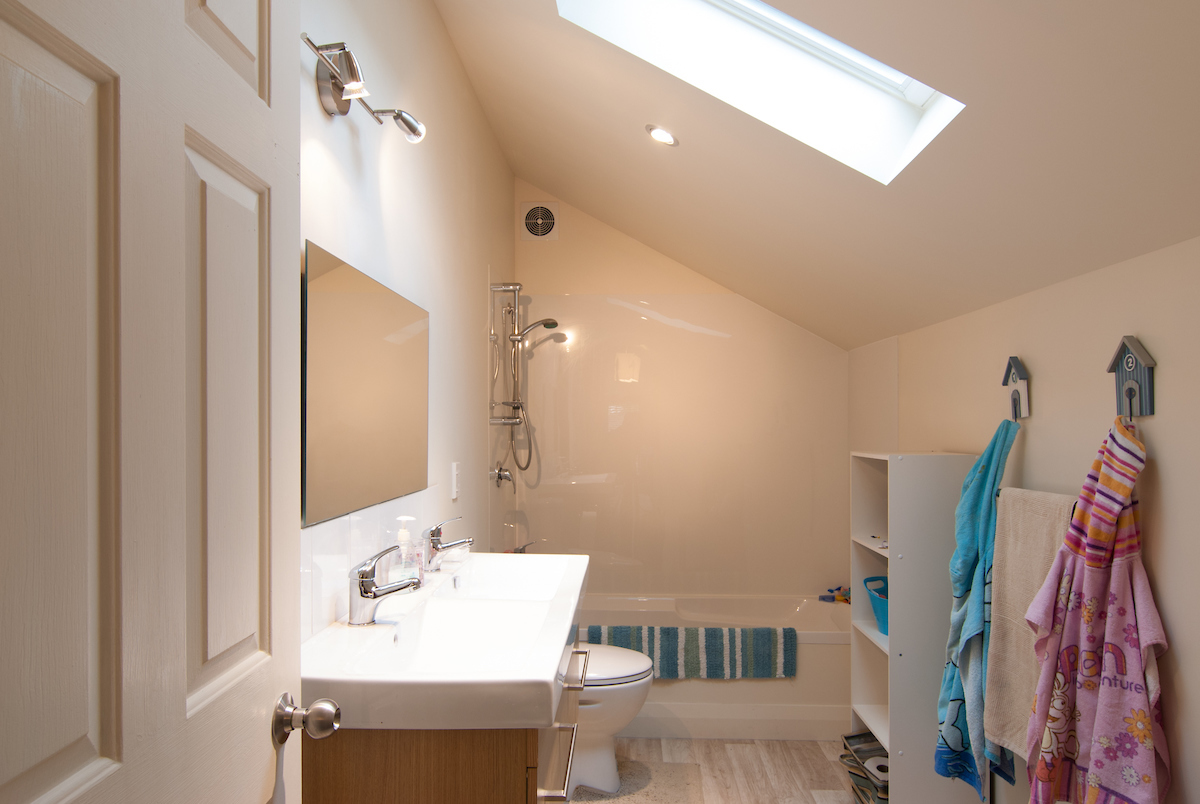 After: 3 bedrooms, 2 bathrooms and an office were added upstairs
The new upstairs windows are UPVC for low maintenance and steps were taken to ensure the traditional look of the building remained –  the style of the original upper storey dormer window was followed, and by installing window sills and facing boards the new windows also mirrored the downstairs wooden frame windows. The fascia boards on the roof were also designed to match the lower level and the top storey was painted to match the existing house. Many features of the renovation were designed and built to be sympathetic to the existing home. 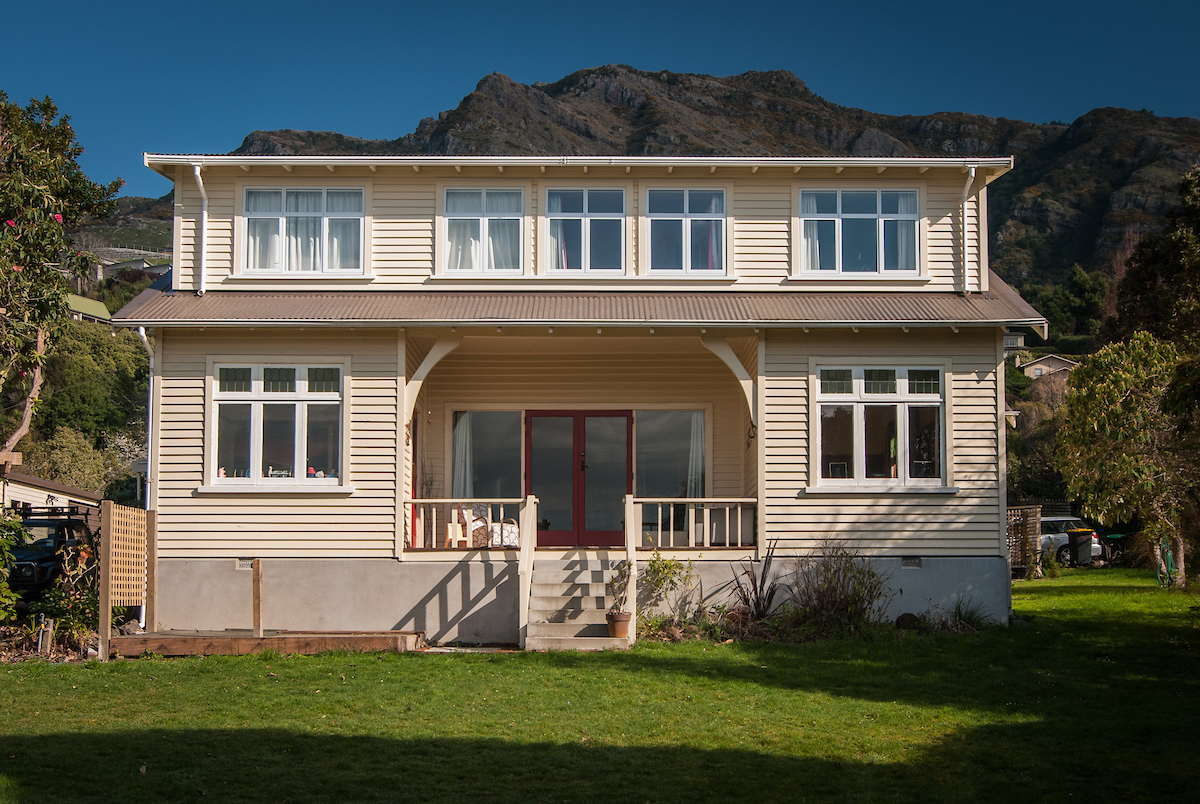 After: The second storey was designed to blend with the existing home
The second phase of the renovation focussed on the downstairs living spaces. The kitchen was gutted and relocated within the main living area of the house. When the old vinyl was removed from the floor, beautiful Rimu floorboards were revealed. These were sanded and polyurethaned for protection and are now a wonderful character feature in the house. The central kitchen bench also has a history – it was milled from an Oak tree which had fallen in the garden during a storm. A skylight was installed in the roof to add light into the room and ranch sliders installed to provide better outdoor flow onto the deck area. 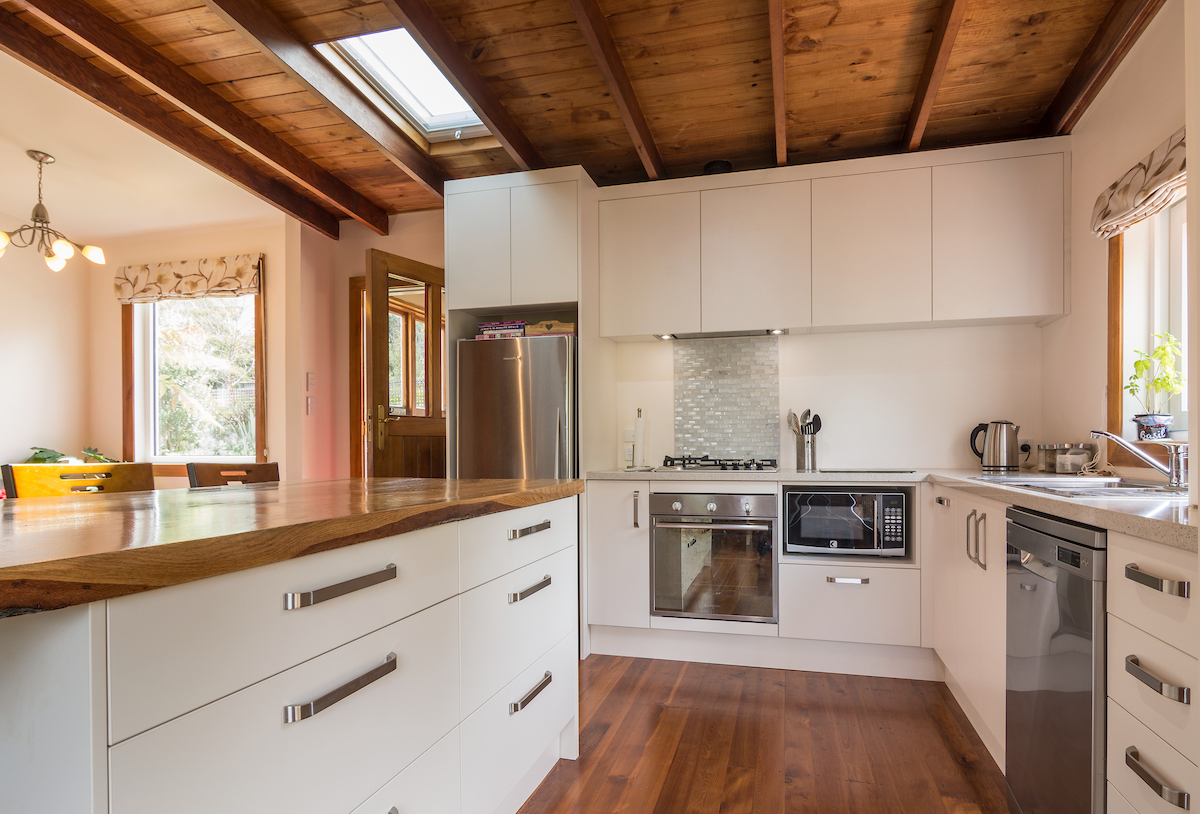 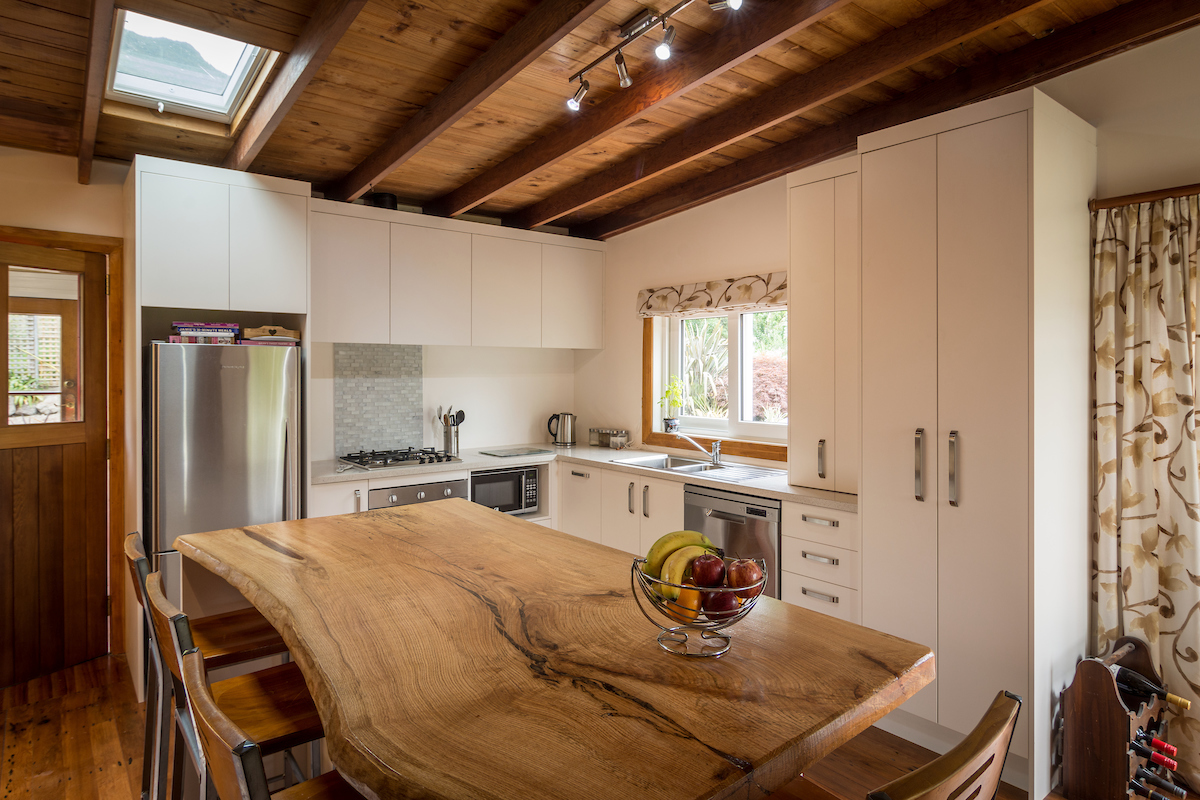